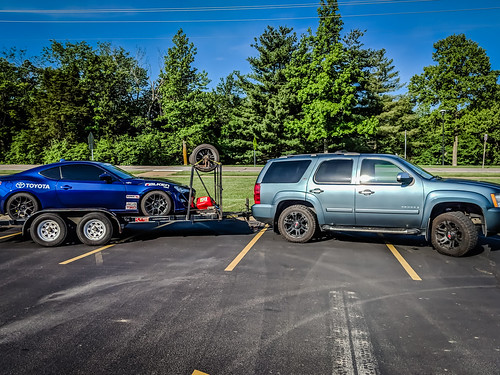 Wow, what a week! Last Wednesday I loaded up the SpecFRS onto a borrowed trailer and left St. Louis the following morning to drive to Lincoln Nebraska for spring Nationals, 4 days of racing. The drive out was uneventful, spent it trying to listen to old “The Forward” podcasts, I’m not a huge podcast guy, even though I used to have my own back in the day, but I’ve been trying to listen to Armstrong’s podcast from the beginning, long drives are about the only time I can actually listen to it.

I arrived in Lincoln with plenty of time to get the car unloaded, teched, and over to practice starts to work on my lights for the weekend. I found the practice useful as I was able to knock down some Red Light issues that I had in Blytheville to only one RL all weekend in Lincoln. Friday morning, I talked Joe Tharpe into hoping into the car for the ProSolo as his C5 Z06 was out of commission due to a brake master cylinder failure. It was quite the change for him, hoping into a slow 4cyl, but he made the best of it all weekend! Joe finished in 7th in SSC for the ProSolo, only 1.4 back from the lead in the class. With Spec being such tight competition it is easy to be a number of spots back, but close to the leader. I don’t know that Joe will be ditching his SSP Corvette anytime soon, but I think he had fun running in a car with half the horse power for a few days. Unfortunately on Sunday morning he took a spill while working the course and injured his shoulder, taking him out of competition for Sunday and Monday’s Champ Tour.

Teddie Alexandrova drove the car all weekend in the ladies classes (L4 for the ProSolo, SSCL for the Champ Tour). She excelled! Friday/Saturday she ended up taking the win in L4 (her first ProSolo win), qualifying for the ladies challenge in the 4th spot. She cleaned up in the challenge and took her first Ladies challenge win as well! She had previously (Ft Myers Pro earlier this year) took the Bonus challenge win, so this was her first legit qualified challenge win. 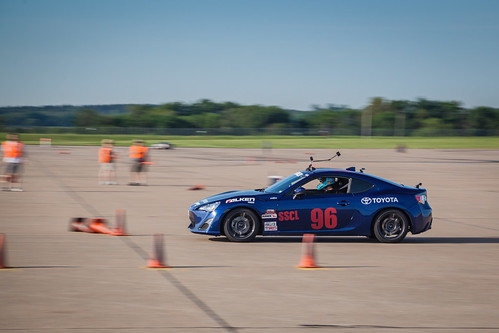 In the Champ Tour Teddie went out on day one and put 2 tenths of a second on the open class, and 3.6 seconds on the rest of the SSCL class. Monday, day 2 of the champ tour, saw her finish the win in SSCL with a 6.7 second margin over the rest of SSCL and a time that would have been 2nd in the open class.

Chris’ performance to start in the Pro was not up to his expectations. He started Saturday morning with a cone and red light, so only 2 of his first 4 runs were clean times. Finding a little bit of time on Saturday afternoon left him in 4th or 5th place in the 10 driver SSC class. Chris went into Day 2 with hopes of moving up, but was not optimistic about being able to catch James Yom who was leading the class. In what was likely a first for Chris, he was able to put down his two fastest times in the ProSolo on his final two runs, and moved up into the 2nd spot, .244 back from Yom. This was Chris’ first self qualified Challenge entry as well, heading up against Brian Peters in the first round of the challenge. Unfortunately he exited the challenge in the first round down about a tenth to Peters.

For the Champ Tour, Chris finished out day 1 way back, outside of the trophies, if you’ve ever seen Chris grumpy, it was one of those days. For Tom Sotiropoulos, also driving the car, Sunday was a great day! He went out on his final run and put a 1/2 second lead on the class. Monday the tide turned a bit. Chris went out on his first run and put down a time that would be 2 tenths faster than anyone else in the class (Tom put down the second fastest time), jumping up into the 2nd place position from 5th. Tom finished the day strong on his third run and took 1st for the event by 1.1 seconds. Chris ended up losing one spot to Matt McCabe, to finish third for the event, 1/8th back from Matt. 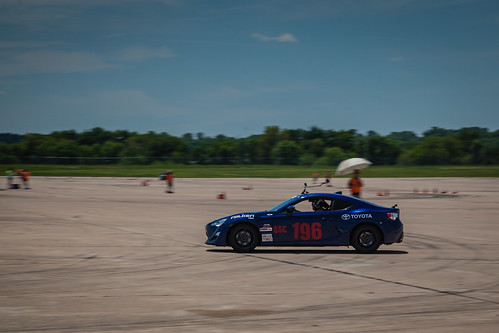 Autocross Settings used in Lincoln (no changes from Blytheville other than new brake pads):